The Human Blue Whale in Lünen 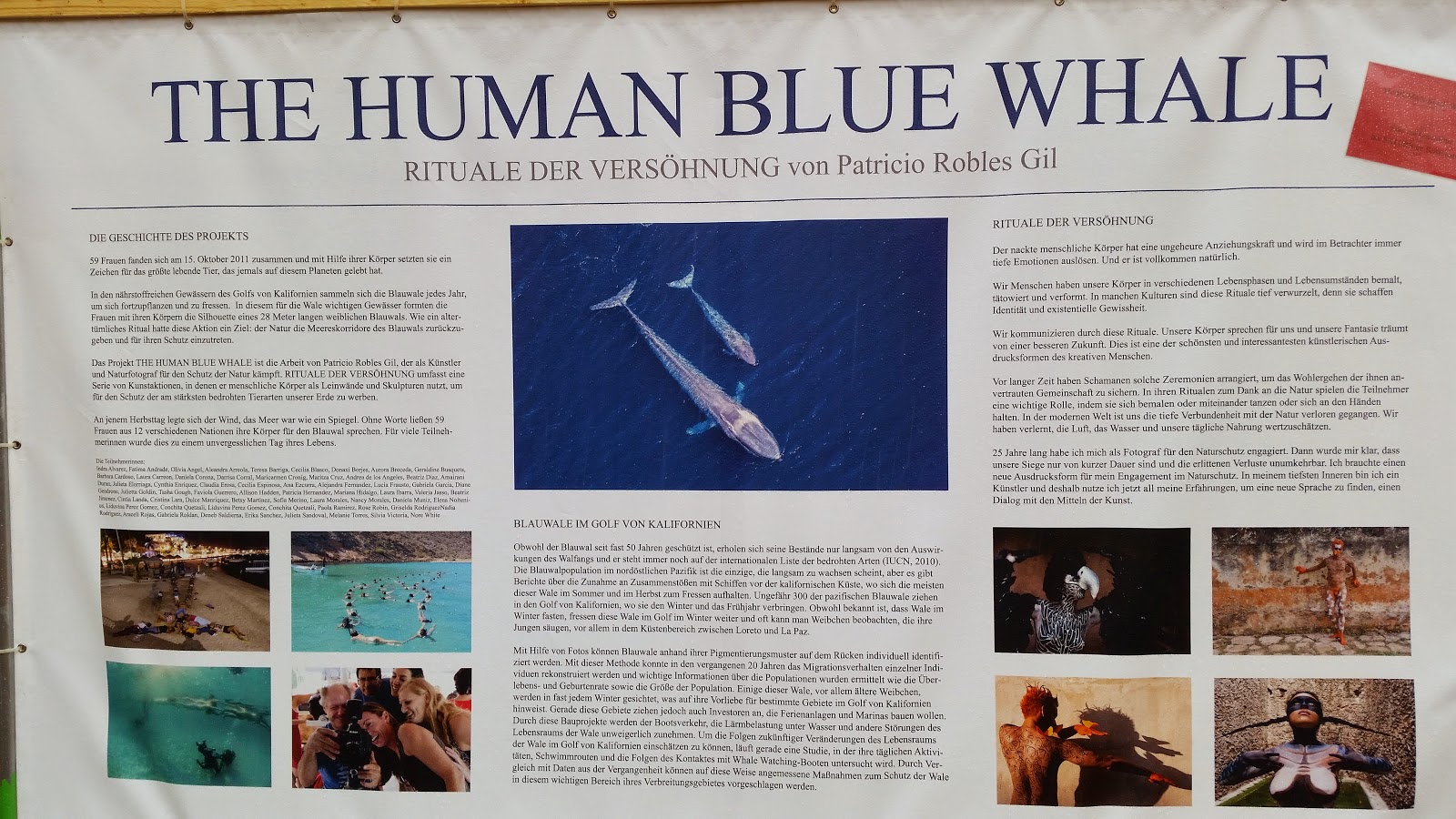 This big mural is facing a former department store, empty since 2009, now under construction.

The Human Blue Whale is a very special work. Descripton below with the words from the artists website:
"On October 15, 2011, 59 women spoke loud and clear through their bodies on behalf of the largest living animal this planet has ever seen.

Together as one single organism, they formed the silhouette of a 28 meter (93 feet) long female Blue Whale, in the rich waters of the Gulf of California Mexico, where these animals come every year to reproduce and feed. Like an ancient ritual, this act had a purpose: to give back to nature and commit to protecting the marine corridors of the Blue Whale.

This ceremony of The Human Blue Whale is the work of the conservation artist Patricio Robles Gil. Los Rituales del Reencuentro is a series of art pieces in which he uses human bodies as canvases and sculptures, to represent the most endangered and emblematic animals on Earth.

That autumn day, the wind ceased and the sea surface was like a mirror. For many of the participants it was a memorable point in their lives.

Now, you can see the final image of The Human Blue Whale and help change the future for these giants."

Linking to Monday Mural
posted by Carola at 9:26 PM

that is massive! But I love whales, beautiful creatures

What a fantastic work! I would love to see this in person.

What an impressive mural and interesting story to it. Great work.